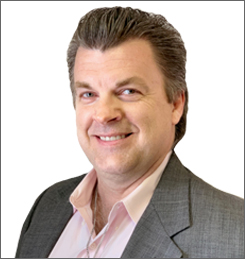 Let me help you navigate your way to Homeownership!

Todd Sisson, grew-up and graduated High School in Grinnell, Iowa. In early 1996, Todd met his wife (Stacy) at a Candlebox concert in Cedar Rapids, Iowa. They married on Valentine’s Day in 1997. They got married with about a 100 other couples. This group wedding was a part of a radio station (94.9 KGGO) that had an annual event called “94.9 KGGO’s Numerous Nuptials” that happened every Valentine’s Day. This was a perfect option for them to get married, since they had both been previously married. On December 11th, 1997, Stacy gave birth to their only Child and they named her Rhiannon (named after the Fleetwood Mac song). They moved to NW Arkansas in July of 2000, so they could be closer to Stacy’s Parents that lived in NW Arkansas.


Todd started his mortgage career in October of 2002. He has excelled throughout the years to various Manager roles and he is blessed to be working as a Senior Mortgage Loan Officer in NW Arkansas, with PRMG (Paramount Residential Mortgage Group). He takes great pride in his job and is known for being very detailed. He is a team player and he is very dedicated to providing his Clients with the best financing options available, with a goal to make their process as painless as possible. Todd tries to go to all his loan closings, and he states that there is nothing more gratifying than seeing 1st time homebuyers at a closing table and knowing that you have helped them with their dream of becoming a homeowner.


Todd is also very active with a non-profit motorcycle organization for Abused & Neglected Children; battered Men & Women; and families in need and he is currently the National Vice President for RU4C (Riders United 4 Children). He has been involved with RU4C since the organization was founded in 1998 and was a part of the original 7 that started RU4C. Todd is known as: “Pronto” by the motorcycle community and his brother & sisters (Members) of RU4C. You can follow RU4C by going to their website: http://ru4c.org/.


When Todd isn’t originating loans or dedicating his time to helping Children, he tries to spend quality time with his family and friends. Todd loves spending time with his Granddaughter (Kingzlee) and with his Grandson (Legend). Todd is very passionate about College Football. He became an Arkansas Razorback fan shortly after moving to NW Arkansas. Go HOGS!! However, he still is a bigger fan of his home State of Iowa’s Iowa Hawkeyes and Iowa State Cyclones.

Select the edit icon to edit your custom html